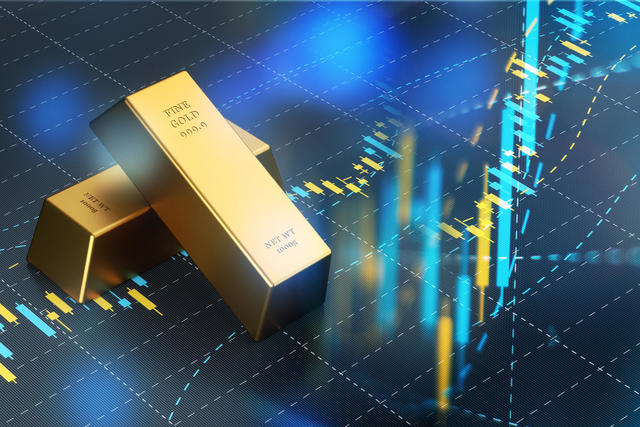 It was certainly an exciting year for gold investors as the markets in general experienced an accelerated deterioration in global economic conditions mainly due to the 4 R’s: Russia, Rates, Risk and Recession. 2022 got off to a turbulent start as the Ukrainian-Russian conflict threatened international stability and triggered global supply chain issues, trade frictions, and increased commodity prices. This resulted in the stock market getting off to its worst start since the 1970s. Record breaking inflation readings caused extremely hawkish interventions from central banks as they began raising interest rates at a record pace.

Markets in general began to slide early in the year, as inflation continued to rise as the Russia-Ukraine tensions began to escalate. However, crude oil and gold prices did rally as geopolitical tensions increased. The price of crude oil touched $129 in March, which was probably the final nail in the coffin for the transient inflation theory.

During the second quarter, investors were confronted with concerning news on several fronts which seen many investors adopt a risk-off approach as they flocked to safe haven assets such as gold. Inflation rates continued to rise around the world to levels not seen in decades as the Federal Reserve warned that rate hikes might become more aggressive. Mortgage rates worldwide began to rise sharply, and it became clear that an already overheated housing markets could be in trouble. While house prices didn’t immediately decline, home sales in general fell sharply. It was around this time the 2 year/10-year yield curve inverted which was also another alarming indicator that has predicted most recessions in the past. As investors digested these developments, the stock market plunged. Most major indexes around the world fell into bear market territory, crashing more than 20% from their highs. Riskier assets fared even worse. The popular growth-oriented ARKK ETF fell 40% and Bitcoin fell 56% during the same period. The traditional 60/40 portfolio had its worst first half of the year on record. This extreme market turbulence, amongst other factors, spurred central banks to go on a large buying spree of gold. Central banks scooped up the yellow metal at their fastest pace since 1967, with China and Russia being the largest buyers throughout the year.

As interest rates continued to climb and economies contracted as a result, the United States slipped into a technical recession in Q3. In Europe and the UK, things began to look even more dire as Russia cut off gas supplies to Europe. The Euro fell to parity with US dollar for the first time in 20 years, and it became likely that the UK would follow the US and be in a recession by year end.

The fourth quarter started with the UK in turmoil. Lizz Truss had replaced Boris Johnson as Prime Minister, but her economic plan was quickly rejected by investors. The U.K. stock market and bond markets were hammered and the British pound touched a record low of $1.035. By the end of October, the UK had its third Prime Minister in two months as Rishi Sunak took the reins.

All in all, gold started 2022 at €1,596 and ended the year at €1,705. It outperformed many other asset classes throughout the year and ended the year up 6.8%. More volatility can be expected as we enter 2023. All of the above illustrates how gold can play an important role in any investor’s portfolio. Gold can offer a hedge against fiat currencies and inflation. It wouldn’t be unreasonable to see inflation continue to be sticky in the short term, interest rates to continue to go up, and volatility to remain high as we enter the new year. Gold prices in early 2023 have already got off to a great start as prices surged to a 6-month high amid rising recession expectations and more gold purchases from central banks underpinned demand. Several analysts are projecting record highs for the precious metal in 2023. So, whether you are a novice investor looking to get started investing in precious metals are you are an experienced investor looking to add to their position, our dealing desk in Dublin can be contacted on 01-254-7901 and we would be glad to help.