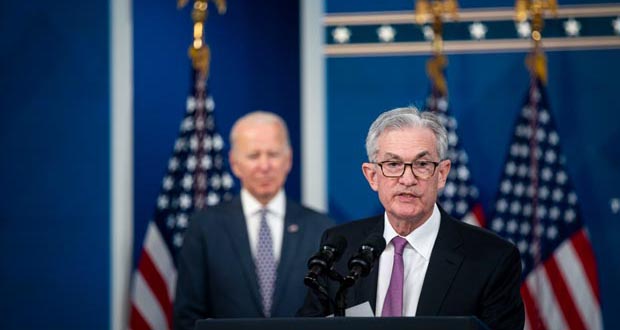 Gold began this week’s trading at $1,973 and started the week well as it gained momentum into Monday’s session as it reached a weekly high of $1,996 by Monday afternoon. The price trended lower for the rest of the week, hitting a weekly low of $1,927 by Friday afternoon. The market is currently trading at $1,935 at the time of writing, down 2% on the week. Despite being down on the week, the price of gold is still up over 6% since the beginning of the year.

Similar losses were seen in the silver market this week as it is looking likely to close this week out down €1.35 per ounce as it is currently trades around $24.26.

We are well aware at this stage of the inflationary pressures that have been hitting economies across the globe this year in particular. Due to these ongoing pressures, investors are keeping an even closer watch on the Federal Reserve and their approach to monetary policy. Fed Chairman Jerome Powell on Thursday said the central bank is committed to raising rates “expeditiously” in an attempt to get inflation under control. The latest commentary from Powell would suggest that an interest rate hike of 50 basis points in May is now a strong possibility. “It’s absolutely essential to restore price stability,” he added. This latest hawkish commentary spooked the equity markets in particular, as the majority of US and EU tech stocks fell sharply as a result and also added to the selling pressure in the commodities markets.  The next meeting of the Federal Open Market Committee will take place on the 3rd – 4th May when a decision on interest rate changes will be made.

Powell noted that other than the concerns regarding inflation, the U.S. economy is otherwise “very strong”. However, despite Powell’s reassurance the IMF has recently slashed global growth forecasts mainly in in response to the excessive levels of inflation and Russia’s invasion of Ukraine. The IMF predicts prolonged levels of heightened inflation and that the energy sanctions on Russia would shrink global GDP by further 2%.

The latest reports reveal that Moscow wants to seize all of southern and eastern Ukraine, far wider war aims than it had acknowledged as it presses on with a new offensive after its campaign to capture the capital Kyiv collapsed last month. The fight for Mariupol is now well underway and has been the biggest battle of war to date. “Taking control of such an important center in the South as Mariupol is a success,” Putin said in a televised meeting Thursday with Defense Minister Sergei Shoigu. Though devastated by nearly two months of assault, Mariupol would be the biggest city yet taken by Russia in a two-month invasion that has delivered few major triumphs for the Kremlin. In response, President Joe Biden authorized another $800 million security package and an additional $500 million dollars in direct economic assistance to Ukraine.

Closer to home, the latest data from the United Kingdom shows that UK consumer confidence and consumer spending is at levels even lower than in 2008 during the financial crisis. A combination of rocketing energy prices, higher taxes and a surge in the annual inflation rate to its highest level in three decades meant confidence was in freefall. The British pound fall sharply as uncertainty around UK economic growth

Overall, uncertainty, fear and economic pessimism remains at large which in turn is keeping gold prices at elevated levels. Developing tensions in Ukraine and uncertainty surrounding economic growth appears to be offsetting the likelihood of upcoming aggressive rate hikes. Time will tell how these matters develop and what this will mean for the price of precious metals.